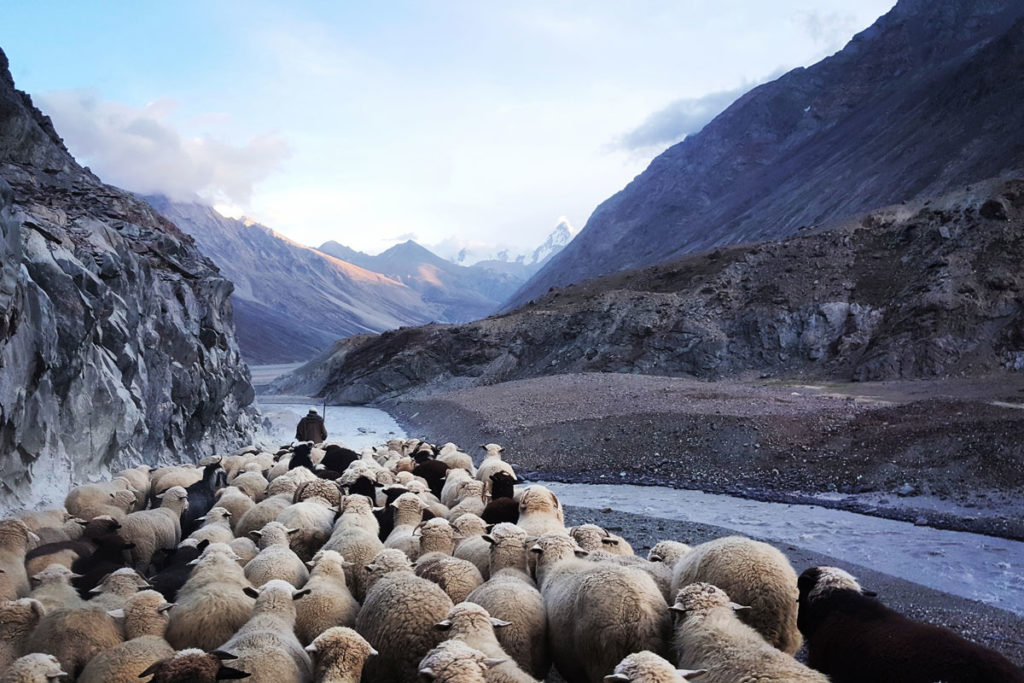 Who Does Jesus Say He Is?

In this day and age, there are some who might try to put words in Jesus’ mouth, take passages of scripture out of context or otherwise say something contrary to what God shared in his Holy Word. The four gospels of Matthew, Mark, Luke and John tell the gospel story of Christ. Matthew, Mark and Luke are known as the synoptic gospels — sharing many of the same accounts of Christ, often in the same order and with the same wording. However, John offers a slightly different perspective on the gospel of Christ. In fact, over 90% of the material in the book of John is unique — not found in Matthew, Mark or Luke. It’s also in John’s account that we get eight “I am” metaphors used by Jesus to tell us exactly who he is, and why his life is so important for the eternal destiny of our own.

“The Word became flesh and made his dwelling among us. We have seen his glory, the glory of the one and only Son, who came from the Father, full of grace and truth.” (John 1:14 NIV)

John’s gospel takes us outside what we can understand and immediately frames Jesus as eternally divine — the Word taking on flesh to live among us. In Seeing Jesus from the East, co-author Ravi Zacharias notes that John uses the first-person singular referring to Jesus 118 times, which is more than the combined total of the first three gospel accounts. So, who does Jesus say that he is?

I am the bread of life.

In John 6:35 (NIV), Jesus says, “I am the bread of life. Whoever comes to me will never go hungry, and whoever believes in me will never be thirsty.” He says this not long after his miracle of feeding the 5,000. In chapter 6, Jesus tells the people to “not work for food that spoils, but for food that endures to eternal life” (John 6:27 NIV), and he later says that “the bread of God is the bread that comes down from heaven and gives life to the world” (John 6:33 NIV). This statement is in reference to himself, which he confirms by saying, “I am the bread of life.” Bread would’ve resonated as a necessity of life for the people he was speaking to, and as such, Jesus states that he is a necessity for life. Belief in him allows us to have eternal life, where we will never hunger or thirst again.

I am the light of the world.

In John 8:12 (NIV), Jesus says, “I am the light of the world. Whoever follows me will never walk in darkness, but will have the light of life.” Light can take on different meanings when applied to different contexts. We need light to see our path. Light illuminates darkness. Light can expose darkness within us. Light also provides warmth for plants to grow. As the author of light, Jesus takes on all of these definitions of light as the Word made flesh. His death broke through the darkness of death. His Word shines light on truth. Prayer through him as our intercessor helps light our path.

I am the gate for the sheep.

In John 10:7 (NIV), Jesus tells the Pharisees, “I am the gate for the sheep.” In the verses prior, Jesus describes how someone who comes in the sheep pen other than the gate is a thief and a robber. As the gate, he protects the sheep and is also the only way into the pen. This idea is echoed in other “I am” statements that Jesus makes.

I am the good shepherd.

Just a few verses later in John 10:11 (NIV), Jesus says, “I am the good shepherd. The good shepherd lays down his life for the sheep.” In saying this to the Pharisees, Jesus is fulfilling the prophecy of Ezekiel 34:12 (NIV).

“As a shepherd looks after his scattered flock when he is with them, so will I look after my sheep. I will rescue them from all the places where they were scattered on a day of clouds and darkness.”

Jesus is our shepherd, who laid down his life that we might live. As our Savior, he rescues us from death, and frees us from our sin.

I am the resurrection and the life.

In John 11:25 (NIV), Jesus says, “I am the resurrection and the life. The one who believes in me will live, even though they die.” In saying this, Jesus is telling us that he is the source of resurrection and life. As theologian John Piper said, “All of God’s sovereignty is mediated through Christ, and it hinges on his power over death in his resurrection.” Without Christ, there is no resurrection. There is no conquering of death. Everything hangs on Jesus’ death, burial and resurrection. It’s only by his triumph over death that we have the hope of eternal life by believing in him.

I am the way and the truth and the life.

Jesus says in John 14:6 (NIV), “I am the way and the truth and the life. No one comes to the Father except through me.” After telling his disciples that he is going to prepare a place for them in his Father’s house, Jesus’ disciples ask how they can know the way to where he is going. It’s in response to this that Jesus says he, in fact, is the way. Jesus’ disciple Philip then asks to see the Father. Jesus responds, “Anyone who has seen me has seen the Father” (John 14:9b NIV). Jesus is telling his disciples, and believers, that he is the way to God, and he is God. He is preparing eternity for us, and he will return to bring us to where he is.

I am the true vine.

In John 15:1 (NIV), Jesus says, “I am the true vine, and my Father is the gardener.” Jesus was preparing his disciples for his ascension to heaven by alluding to the fact that he would sustain them, like a grapevine sustains its branches. He went on to make this even more clear in John 15:5 (NIV).

“I am the vine; you are the branches. If you remain in me and I in you, you will bear much fruit; apart from me you can do nothing.”

Jesus is always with us, and he works through us to bear fruit for his Kingdom. As the gardener, God will prune away branches that bear no fruit. However, if we’re in Christ and being nourished by him, how can we not bear fruit that glorifies him?

Before Abraham was born, I am.

Finally, in John 8:58 (NIV), Jesus says, “before Abraham was born, I am!” In Seeing Jesus from the East, co-author Ravi Zacharias says that this was the claim that “motivated Jesus’ opponents to kill him.” By saying he did not “come” into being, “Jesus was claiming that it is impossible for him not to be. His coming was not a reincarnation, his coming was the incarnation.” Just like John opens his gospel, Jesus is saying that he was there in the beginning, and he has always been.

How Do We Respond to Who Jesus Is?

In Seeing Jesus from the East, co-author Abdul Murray describes how, in the book of Acts, the disciples have been transformed by understanding who Jesus is. After Jesus’ death on the cross and burial in the tomb, the disciples are hiding in locked rooms. Yet, after Jesus’ resurrection, they rejoice “in being considered worthy to suffer shame for His name” (Acts 5:41 NASB). They can’t help but tell others who Christ is and what he has done for them, regardless of the consequences.

Faith in Christ is not where your journey stops. It’s where it begins. Murray goes on to say …

“Many of us wonder if we would have the strength to faithfully endure suffering for Christ’s sake. We will never truly know until we’ve been tested. In the meantime, we rest in the fact that [the disciples] weren’t actually extraordinary. They just relied on the One who is.”

If you want to hear Abdul Murray share more about the extraordinary one known as Jesus Christ, make plans to attend the 34th Annual Christian Prayer Breakfast Fort Worth Tarrant County, April 22, 2021. Watch for more details about the event, here.

PrevPreviousTop 5 Spots in Fort Worth for Prayer and Reflection
NextWhat Does it Mean to Identify with Christ?Next

Michael Jr. Shares How to Listen for God Between the Gaps