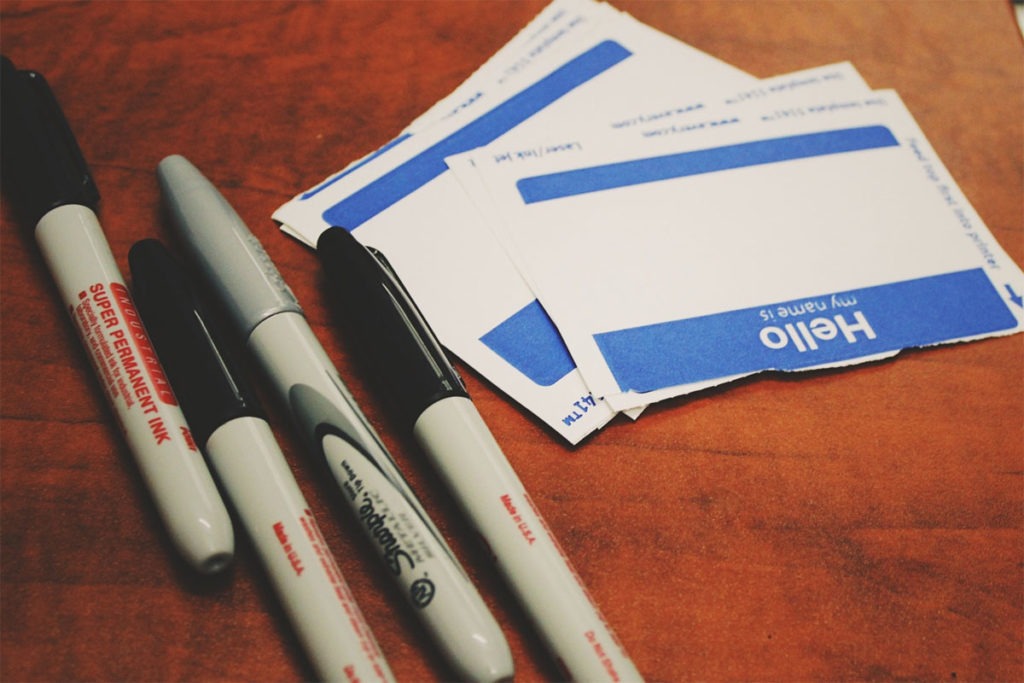 What Does it Mean to Identify with Christ?

We find our identity in all sorts of ways. Your driver’s license can prove who you are with your photo. Your water bill shows where you live. We also find identity in similarly-minded groups — alumni associations, hobby enthusiasts or even fans of a favorite sport team. But, do these identities change the way you live on a day-to-day basis? That’s what identifying with Christ can do, through his transformational power.

More than a club

In Seeing Jesus from the East, co-author Abdu Murray writes: “Identifying with Christ means so much more than being in a particular tribe or club called Christianity. It means looking more and more like the one after whom the tribe is named.”

“Therefore, if anyone is in Christ, the new creation has come: The old has gone, the new is here!” (2 Corinthians 5:17 NIV)

Paul Tripp characterizes our identity struggle in an eloquent way when he says, “The normal human struggle is to look for identity horizontally when I was hardwired by God to get it vertically.” Finding and putting our identity solely in things on earth ignores how God intended us to identify — as his creation and beloved children.

The example of the disciples

In Seeing Jesus from the East, Murray compares the honor-shame framework often found in Eastern cultures with Western culture’s innocence-guilt framework. He shares Juliet November’s summation that describes how an innocence-guilt framework says that feeling guilty is predicated on doing something bad, while an honor-shame framework says guilt originates from being corrupt in society’s eyes. In Eastern culture, a person’s “value, dignity, integrity and very identity are derived from how he or she is perceived by the community,” according to Murray. In this view, shame robs a person of identity, which is a key to understanding the transformational power Christ had on his followers that we read about in the New Testament.

Before Jesus was crucified, died and rose from the dead, Peter sought honor by defending Christ with the sword (John 18:10). After Jesus had risen, Saul was a Pharisee that sought honor in fulfilling the law (Acts 22). However, for these pillars of the Christian faith, we see a transformation in identity from seeking honor above all else to rejoicing in the shame they receive for the sake of Christ.

Finding worth in Christ

In Acts 5:41 (NASB), we see that the disciples have a starkly, non-traditional view of their time being imprisoned and beaten for the sake of Christ, which would have been considered highly shameful. “So they went on their way from the presence of the Council, rejoining that they had been considered worthy to suffer shame for his name.”

In his letter to the Philippians (3:8-9 NIV), Paul writes how his time being honored as a legalistic Pharisee was worth nothing in comparison to having a relationship with Jesus.

“I consider everything a loss because of the surpassing worth of knowing Christ Jesus my Lord, for whose sake I have lost all things. I consider them garbage, that I may gain Christ and be found in him, not having a righteousness of my own that comes from the law, but that which is through faith in Christ—the righteousness that comes from God on the basis of faith.”

Abdu Murray describes what it means to identify with Christ in this way.

“We are to express compassion as Christ did. We are to breach social barriers as he did. Perhaps most identify-defining of all, we are to suffer as he did. Strangely, paradoxically, springing up from that suffering is the joy of an identity that nothing but suffering for Jesus’ sake can forge in us.”

Something happens when we surrender our life to Christ. We are a new creation. The new replaces the old. We no longer boast in our own accomplishments, but consider it pure joy when we are persecuted or suffer for the name of Jesus (James 1:2-4).

For followers who identify with Christ, we see in Ephesians 4:30a-32 (NLT) an example of how our day-to-day lives change.

“Remember, [God] has identified you as his own, guaranteeing that you will be saved on the day of redemption. Get rid of all bitterness, rage, anger, harsh words, and slander, as well as all types of evil behavior. Instead, be kind to each other, tenderhearted, forgiving one another, just as God through Christ has forgiven you.”

We remember how Christ’s sacrifice has altered our lives for eternity, and live in light of that fact. There is no better gift. There is no greater honor. There is nothing more humbling. In response, we can’t help but live differently.

PrevPreviousWho Does Jesus Say He Is?
NextLet Your Gentleness be Evident to AllNext

0 replies on “What Does it Mean to Identify with Christ?”