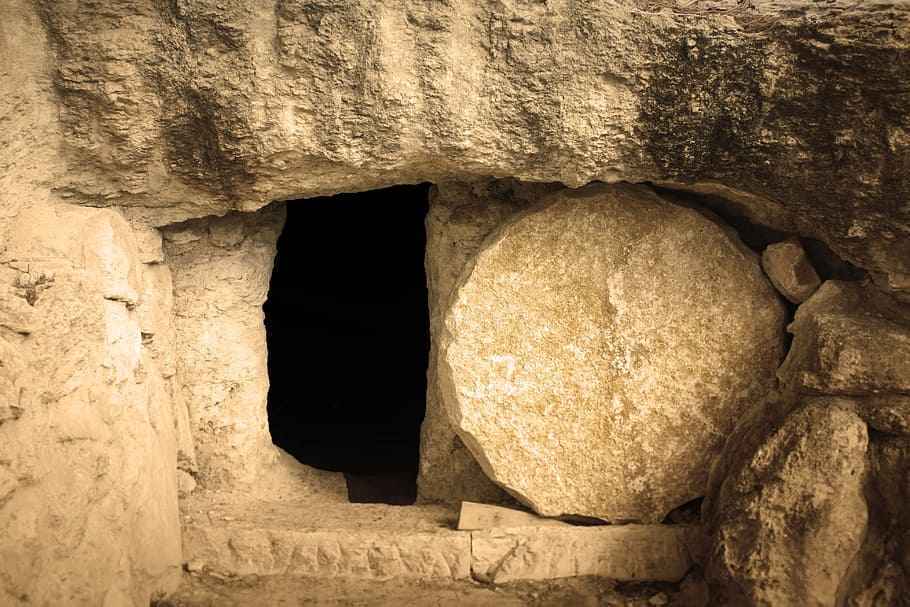 Easter is About More Than a Bunny

The Easter season is synonymous with many things for those in the world who don’t know Christ: the spring season, candy, eggs and perhaps most of all – bunnies. In fact, we see this brought to life in no better way than the Cadbury bunny. It’s impossible to escape the commercialism of the season that obscures where our eyes should truly be focused – an empty tomb. Easter is about more than a bunny. It’s a day of hope that revels in Christ’s triumph over the grave.

Much like Christmas often gets overshadowed by Santa Claus, gifts and carols, the meaning of Easter can get overshadowed as well. But Easter is foundational to the Christian faith, and merits being prominent in our minds more than one Sunday each year.

What does Easter celebrate?

Easter celebrates the day that Jesus Christ overcame death and was resurrected from the dead. After dying on the cross (John 19:30), three days later he rose from the dead and left the tomb empty (Luke 24:1-8).

What is the significance of Jesus’ empty tomb?

If there was any doubt about how important the resurrection of Christ is, Paul removed any doubt in 1 Corinthians 15:17 (NIV), when he said, “And if Christ has not been raised, your faith is futile; you are still in your sins.” Without Christ’s resurrection, followers of God are still under the Old Testament law.

“For what the law was powerless to do because it was weakened by the flesh, God did by sending his own Son in the likeness of sinful flesh to be a sin offering. And so he condemned sin in the flesh, in order that the righteous requirement of the law might be fully met in us, who do not live according to the flesh but according to the Spirit.” (Romans 8:3-4 NIV)

Jesus told us that without his fulfillment of the law that our righteousness would have to exceed that of the scribes and Pharisees in order to enter the kingdom of heaven (Matthew 5:17-20). That is an impossible standard that no earthly person could ever attain. But Christ’s perfect life did (Hebrews 7:26). His sacrifice fulfilled the law as an everlasting offering for our sins. And his conquering of death in resurrection means that Christians not only have a new life waiting in eternity, but a transformed life now on earth.

“And he died for all, that those who live should no longer live for themselves but for him who died for them and was raised again. So from now on we regard no one from a worldly point of view. Though we once regarded Christ in this way, we do so no longer. Therefore, if anyone is in Christ, the new creation has come: The old has gone, the new is here!” (2 Corinthians 5:15-18 NIV)

In this passage of a scripture, Paul is imploring the church at Corinth – and now modern-day believers – to understand that, while Christ was fully man, Christ was fully God. And our viewpoint needs to shift from earth to eternity because those who are in Christ are a new creation, with a new spirit. And this new spirit isn’t something that is waiting for us in another life. It’s here with us now.

“And if the Spirit of him who raised Jesus from the dead is living in you, he who raised Christ from the dead will also give life to your mortal bodies because of his Spirit who lives in you.” (Romans 8:11 NIV)

If the Spirit of him who raised Jesus from the dead is in us, we can’t help but be changed and live a new life. And this new life stretches from now into eternity.

“We are therefore Christ’s ambassadors, as though God were making his appeal through us. We implore you on Christ’s behalf: Be reconciled to God. God made him who had no sin to be sin for us, so that in him we might become the righteousness of God.” (2 Corinthians 5:20-21 NIV)

And now God makes his appeal to the world through us. He speaks through us. He reveals himself to others through us. But none of this is possible, and is ultimately rendered meaningless, unless Christ is resurrected and alive today. It is the fulcrum on which our faith swings from fruitless to fruitful.

Death could not hold him.

It was impossible for death to keep its hold on Christ (Acts 2:23-24). And now we have hope in Christ. Because of him, sin no longer has a claim on us, for we are alive in Christ.

“Now if we died with Christ, we believe that we will also live with him. For we know that since Christ was raised from the dead, he cannot die again; death no longer has mastery over him. The death he died, he died to sin once for all; but the life he lives, he lives to God. In the same way, count yourselves dead to sin but alive to God in Christ Jesus.” (Romans 6:8-11 NIV)

If you have put your trust in our risen Savior Jesus Christ, then his life has given you new life. Don’t let Easter be the only day that you reflect on the power of Christ’s victory over death. All hail King Jesus, the Savior of the world.